21 And Jesus went away from there into the country of Tyre and Sidon.
22 And a woman of Canaan came out from those parts, crying and saying, Have pity on me, O Lord, Son of David; my daughter is greatly troubled with an unclean spirit.
23 But he gave her no answer. And his disciples came and said to him, Send her away, for she is crying after us.
24 But he made answer and said, I was sent only to the wandering sheep of the house of Israel.
25 But she came and gave him worship, saying, Help, Lord.
26 And he made answer and said, It is not right to take the children’s bread and give it to the dogs.
27 But she said, Yes, Lord: but even the dogs take the bits from under their masters’ table.
28 Then Jesus, answering, said to her, O woman, great is your faith: let your desire be done. And her daughter was made well from that hour.

24 And he went away from there to the country of Tyre and Sidon. And he went into a house, desiring that no man might have knowledge of it: and he was not able to keep it secret.
25 But a woman, whose little daughter had an unclean spirit, having had news of him, came straight away and went down at his feet.
26 Now the woman was a Greek, a Syro-phoenician by birth: and she made a request to him that he would send the evil spirit out of her daughter.
27 And he said to her, Let the children first have their food: for it is not right to take the children’s bread and give it to the dogs.
28 But she said to him in answer, Yes, Lord: even the dogs under the table take the bits dropped by the children.
29 And he said to her, For this saying go your way; the evil spirit has gone out of your daughter.
30 And she went away to her house, and saw the child on the bed, and the evil spirit gone out. 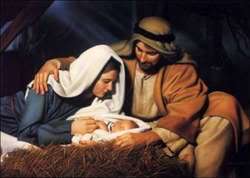